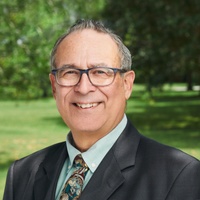 Richard Myers joined Financial Cornerstone Group in January 2018 after retiring from Brevard Public Schools with 45 years of service to his community. Richard works alongside his wife, Sandy Myers, a Financial Advisor, to educate those employed by The Florida Retirement System about the importance of preparing for the vacation of their life. Born in Western Pennsylvania he went to Slippery Rock High School before graduating with a BS in Education from Taylor University – Upland, IN. Richard earned his Master’s in Education at University of Central Florida, Orlando.

Richard began his career in Education in Cocoa, FL in February of 1975 as a Social Studies teacher at Clearlake Middle School where he enjoyed working with children in the classroom for 15 years. In 1983 Richard was awarded, “Brevard County Teacher of the Year”. In 1985 he was selected by USA Today as one of the “Top 10 Teachers in the Nation”. In 1987 he was promoted into Administration as an Assistant Principal at Clearlake Middle School and later spent time as the A/P at Rockledge High School. In 1993 Richard became the Principal at Roosevelt School (K-8), later to be appointed Principal at Kennedy Middle School, Rockledge where he served his community for 23 years.

During his tenure as a leader in Brevard Public Schools Richard was passionate about impressing upon his staff and anyone else he could influence the importance of saving from the early days of one’s career. He made sure everyone - custodians, cafeteria workers, support staff and teachers - heard how quickly the 30 years go by when you enjoy what you are doing every day, and not to underestimate the importance of having a plan.

Richard and Sandy live in Rockledge. They are active members of Church at Viera. Richard is a proud father, step-father, father-in-law and grandfather to a young growing family.